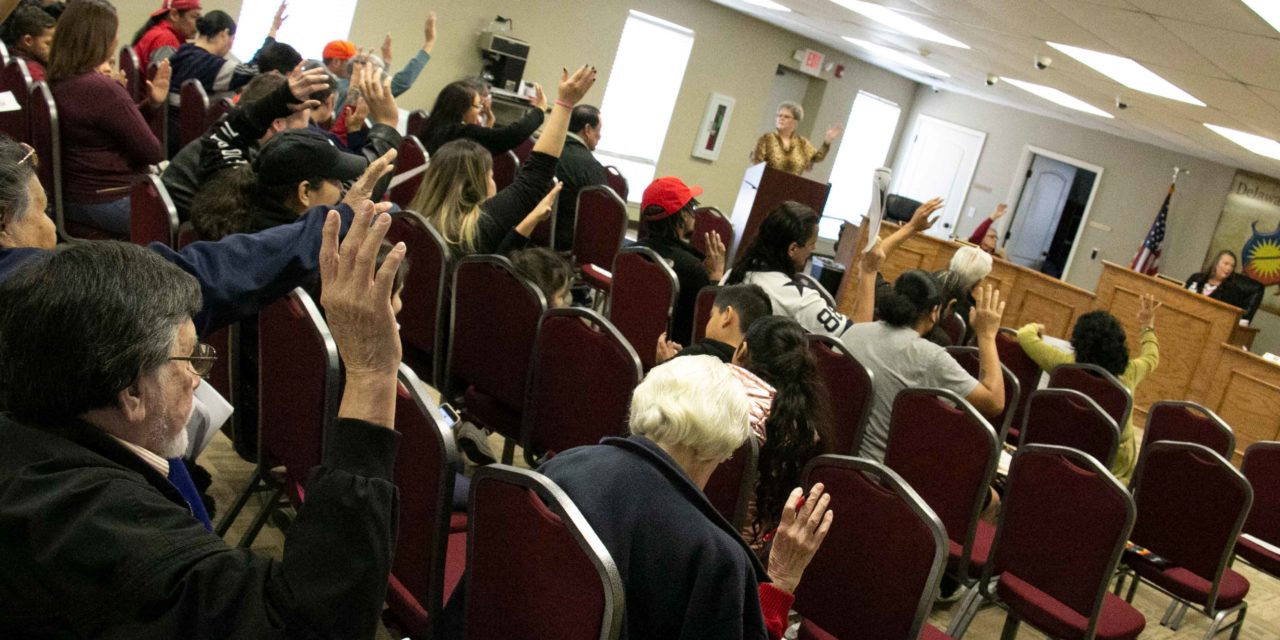 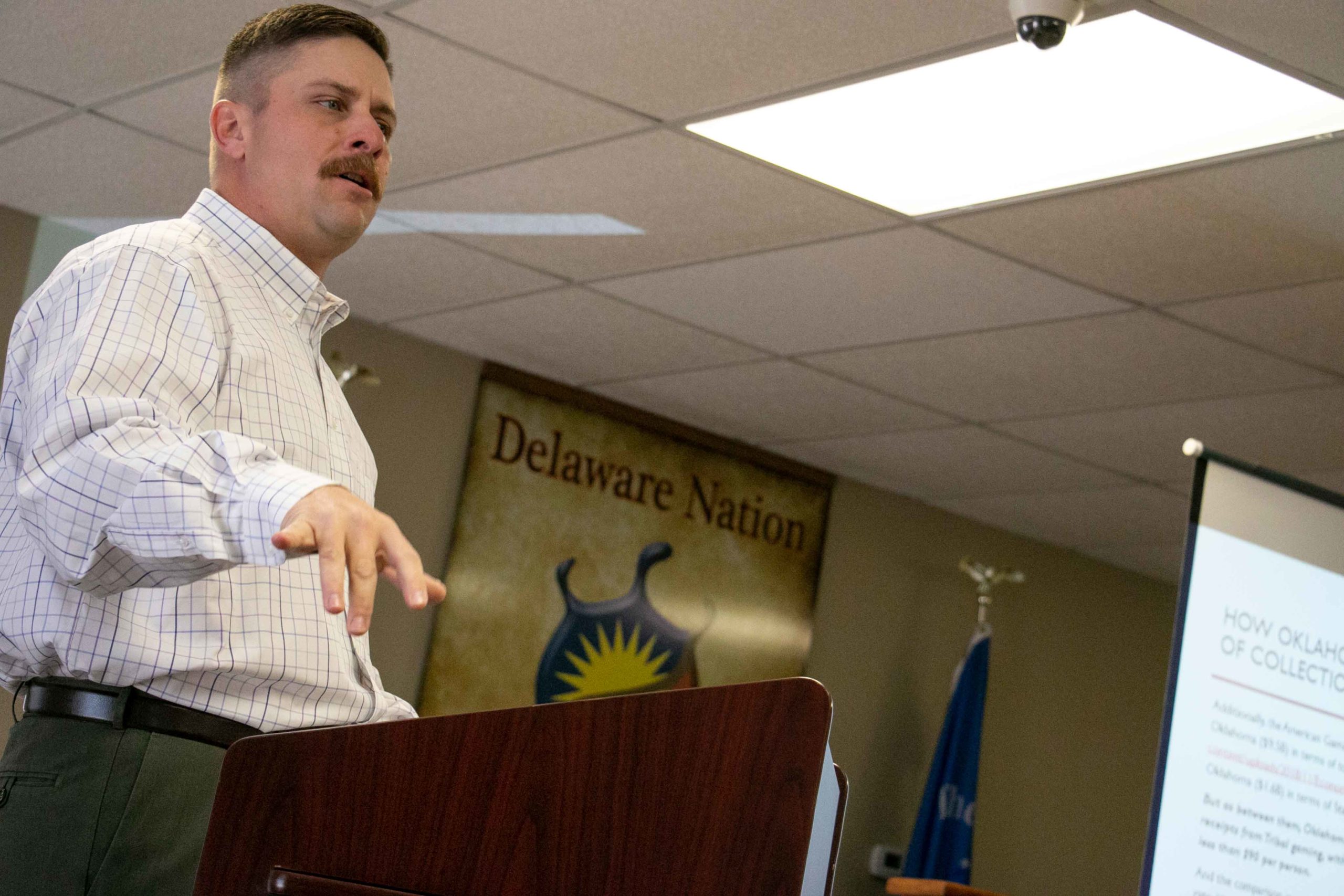 ANADARKO — A Special General Council Meeting was held on Saturday, November 16, 2019 in the Delaware Nation courtroom within the tribal complex in Anadarko, Oklahoma. The meeting was called to order at 10:06am and opened with a prayer by Orlan Holder. Next, General Council minutes from June 15, September 7 and October 5 were read by Ann Brower and all were approved by vote. Evelyn Kionute announced the applicant who qualified for citizenship, Jayden Gonzales, which was approved by vote. Then, Michael McLane gave a gaming compact update with a very informative breakdown of how the raise in percentage of state fees will greatly impact our nation in a negative way. If Governor Stitt were to get 25% in State fees, our nation would take a major hit which would greatly impact per capita, jobs, donations, services to our citizens and much more. The tribes in Oklahoma are working together to fight the state government in this matter and if worse comes to worst, Class II gaming is an option to limit the state from trying to stick a larger spoon in our pot. 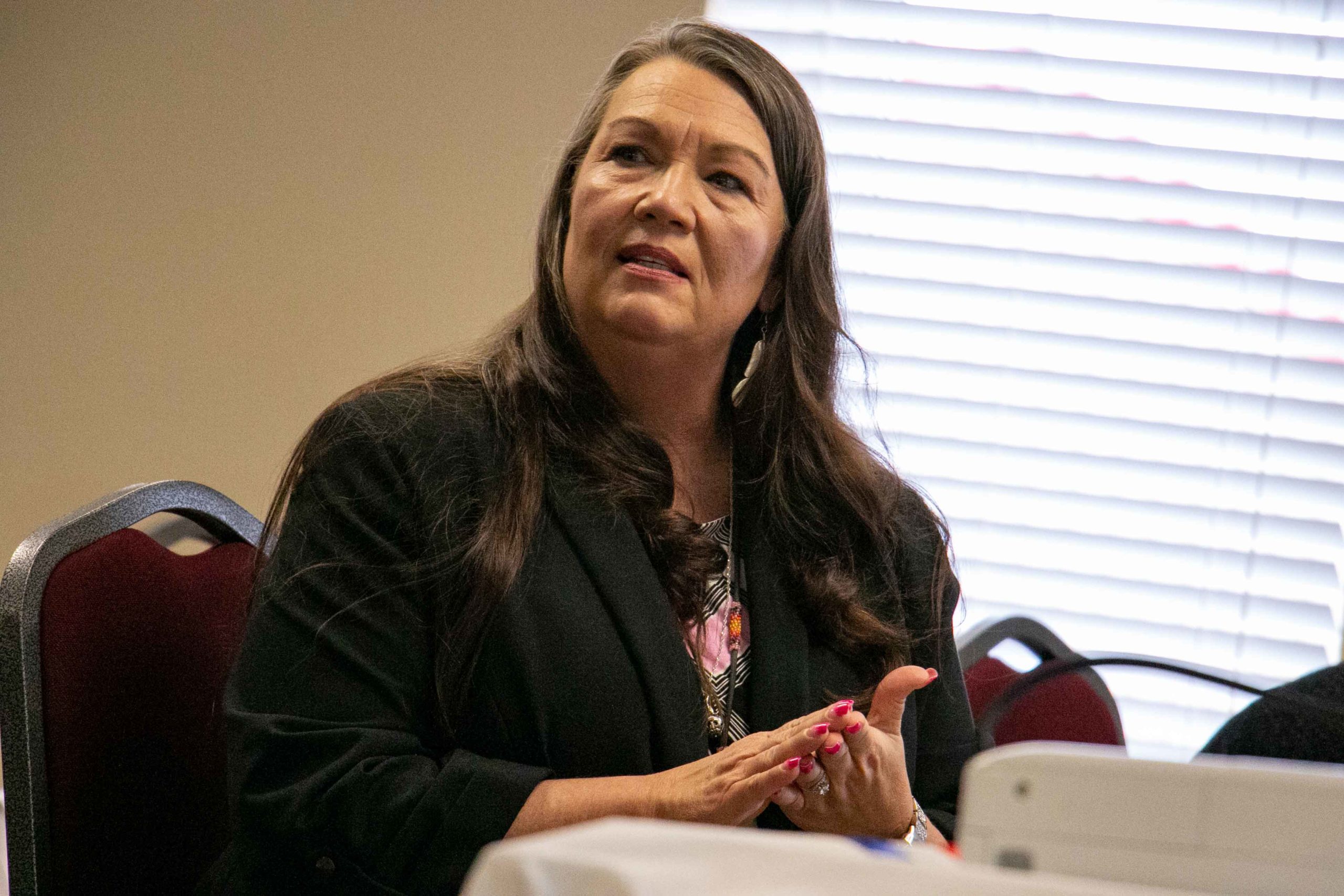 Per capita was discussed and clarification was provided on the impact of not having an approved Alcohol Ordinance in place. This resulted in an average loss of $30,000.00 in alcohol sales for both casinos (Gold River & Casino Oklahoma). Another loss due to not having alcohol, were the customers that would not play at Casino Oklahoma and walk across the street to Sugar Creek to play and have drinks. We can measure the loss of alcohol sales, however we cannot measure the loss in revenue due to customers going to other casinos that served alcoholic beverages. These are the factors that led to the per capita amount in 2019. Now that the Alcohol Ordinance has been approved, our casinos are already seeing an increase in profit of 26% in October according to Treasurer Ann Brower. Finally, a general discussion took place and the meeting was adjourned around 12:45pm. Many thanks to our great citizens and for those who participated in the productive meeting. Delaware Nation had a total of five (5) general council meetings in 2019 versus the typical three (3) meetings. It is always a pleasure to serve our citizens and we look forward to the next meeting.

Photos from the meeting can be seen on our Facebook page at https://www.facebook.com/pg/delawarenation/photos/?tab=album&album_id=2480280622254896 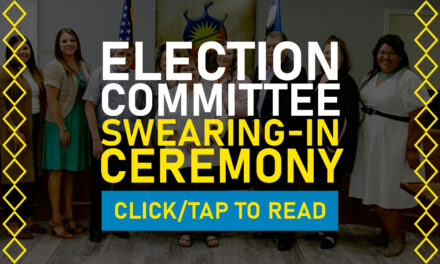 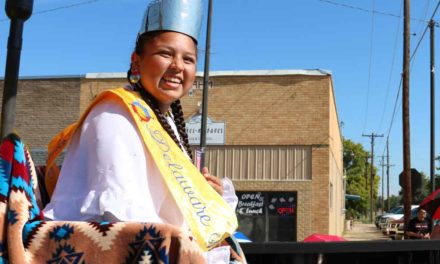 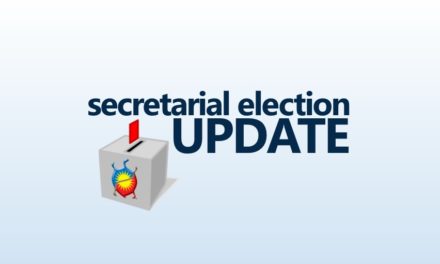 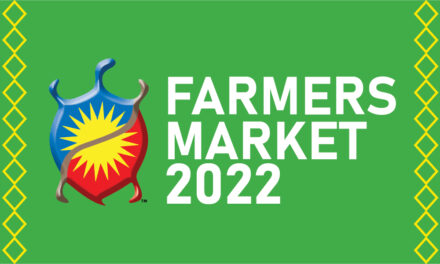